Rosemary is one of the most common aromatic herbs in Italy, and has been used since ancient times. Its name may derive from the Latin ros (dew), referring to its resistance to frost, and marinus (sea), as it can also withstand exposure to full sunlight.

Rosemary was used as an ornamental plant in convent gardens and, according to a medicine text from the year 500, was known to have medicinal properties. It is now used in Italian and Mediterranean cooking to flavour many dishes, including grilled meats, game, fish and roast potatoes. A less common use, which is becoming more popular, involves adding the blue flowers to salads and sweet custards. Extra virgin olive oil infused with a sprig of Rosemary is particularly delicious.

Simonato sells organic rosemary plants all year round, grown in accordance with strict organic methods, and has a tasty Italian recipe for you to try.

Beef Fillet with Organic Rosemary is the perfect traditional, flavoursome recipe for red-meat lovers. It's a Tuscan dish, which uses rib-eye beef, cut from the dorsi muscles. Which meat to use depends on personal taste and the recommendation of your trusted butcher. They might suggest various options, ranging from Chianina or Marchigiana beef to local regional varieties.

To obtain the best flavour, remove the meat from the fridge at least 1 hour prior to cooking, and begin cooking when the pan is hot.  Place a few sprigs of organic rosemary in the pan, and cook the meat as you like it, though the original recipe recommends cooking it quickly and serving it rare. Place the beef on a slightly pre-heated plate and add more organic rosemary, coarse salt and half a spoonful of extra virgin olive oil.

This is a very simple, tasty dish, with just the right amount of protein to meet an individual's daily requirements. The use of organic rosemary is key, because organic growing methods avoid the use of pesticides, which are extremely dangerous to our health and which become more toxic during cooking.

Organic is the healthy, natural choice 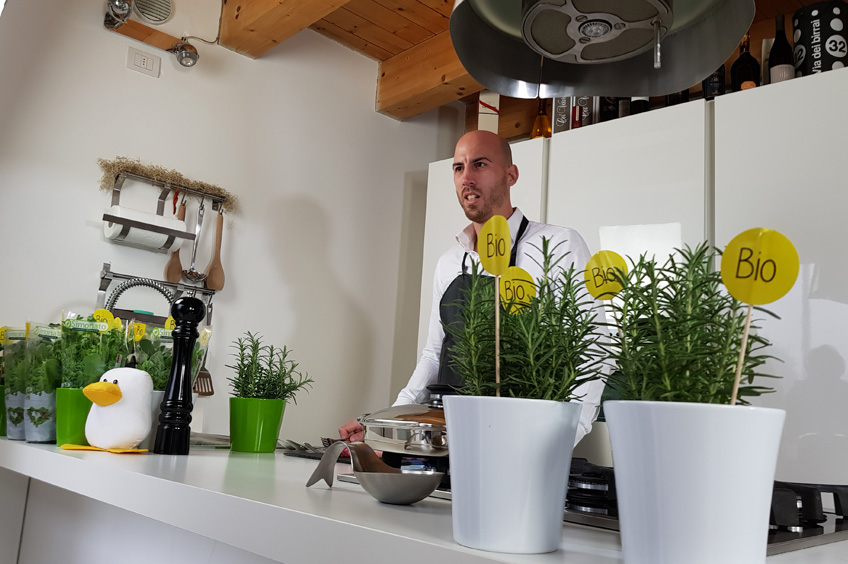